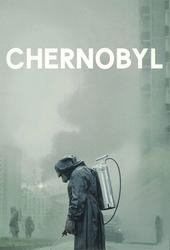 " Anatoly Dyatlov seems like one of the most unfairly maligned characters in the drama that unfolded in April 1986.
He was indicted alongside Brukhanov and Fomin but unlike them refused to play the part of a disgraced repentant administrator who caused the accident with gross incompetence and various oversights. From the very beginning up until his death in 1995 he was adamant to the point of belligerence in defending his subordinates working at the plant at the time. Contrarily to the official state position he claimed that none of them - Toptunov and Akimov in particular, the guys at the control desk at the time of the accident - made mistakes or caused the explosion. Those two died weeks later in the hospital in Moscow, but instead of a pension and medals for courage their families received curt notices that the only reason they won’t be prosecuted for criminal negiligence was because they were dead.
It was Dyatlov who fought for their recognition. He spent years in a labor camp and dedicated the rest of his life to campaigning to clear their names, writing letters and articles, digging up documentation and blueprints and basically proving that the reactor flaws were well known to its designers at the Kurchatov Institute and intentionally kept secret. In his own words, the flaws of the reactor design were so severe that if the explosion hadn’t happened in Chernobyl it would have happened somewhere else.
While it’s probably true that Dyatlov was in denial about the amount of rads present in the plant immediately after the accident, portraying him as a bad guy is silly because he wasn’t actually in charge (he was Fomin’s deputy, and Brukhanov - as plant director - was a superior to both of them) and was very quickly put out of commission via acute radiation syndrome. Fomin and Brukhanov meanwhile never were in the control room or anywhere near the explosion and continued to cause damage via denial and minimizing long after Dyatlov was flown to the hospital in Moscow. "

Altaïr
23 mai 2019 à 22:29
It happened late Friday night.  That morning no one suspected anything.  I sent my son to school, my husband went to the barber’s.  I’m preparing lunch when my husband comes back.  "There’s some sort of fire at the nuclear plant,“ he says.  "They’re saying we are not to turn off the radio.”  I forgot to say that we lived in Pripyat, near the reactor.  I can still see the bright-crimson glow, it was like the reactor was glowing.  This wasn’t an ordinary fire, it was some kind of emanation.  It was pretty.  I’d never seen anything like it in the movies.  That evening everyone spilled out onto their balconies, and those who didn’t have them went to friend’s houses.  We were on the ninth floor, we had a great view.  People brought their kids out, picked them up, said, “Look!  Remember!”  And these were people who worked at the reactor – engineers, workers, physics instructors.  They stood in the black dust, talking, breathing, wondering at it.  People came from all around on their cars and their bikes to have a look.  We didn’t know that death could be so beautiful.  Though I wouldn’t say that it had no smell – it wasn’t a spring or an autumn smell, but something else, and it wasn’t the smell of earth.  My throat tickled, and my eyes watered.
—

Nadezhda Vygovskaya, evacuee from the town of Pripyat; Monologue About What We Didn’t Know:  Death Can Be So Beautiful; Voices from Chernobyl (Svetlana Alexievich)